The history of the first human settlements in the Cappadocia region dates back to the Paleolithic period, that is, until about 10 thousand years ago. After the nomadic communities, the Hittites are the oldest known settled civilization in this shadow. Hittites BC. After its collapse in the 12th century, the late Hittites became the rulers of the region with Assyrian and Phrygian influences. The settlements that are not easy to find geographically, Cappadocia hosted the first underground churches in history. To understand Cappadocia, it should be looked at that it has geographical and geological features. The region where it is geographically located has provided a very suitable location for many societies to settle here and create cultures throughout history. Cappadocia, which has hosted many ancient civilizations, has made it an important hiding and living area thanks to its unique topographic structure as a result of the pressures of the Roman Empire in the first period of Christianity. Another feature that makes Cappadocia unique is that people, unlike similar regions in history, used it as a residential area.

Among the many geological factors that make up Cappadocia, volcanic activities, namely volcanic eruptions, have an important place. These activities, which started 13.5 million years ago, and the rising and drying of old lakes with the effect of this layer caused the formation of flat elevations and plateaus. Volcanic activities cause these flat plateaus to crack and the erosive effect of precipitation and winds for many years is the main formation of Fairy Chimneys and even the entire Ihlara valley. Fairy chimneys, which are called hats, have formed today’s fairy-tale topographic structure, as the upper hard layer erodes more slowly.

If you haven’t seen this natural wonder, I can say that you are missing out on a lot. We can revive what we see with pictures or texts to a certain extent, and we can have small dreams. However, I do not think that being in that atmosphere can be as effective as traveling and seeing. You embark on an adventure in the city with the first light of the morning and find yourself on a cultural tour in history. From the first moment you meet the fairy chimneys, it should not be strange for you not to be able to take your eyes off these natural wonders. Cappadocia, a city that connects with people, beckons and is a focal point. We’re talking about 60 million years of love. It is a geography that is so mystical, that hides hidden treasures despite its popularity, and that you can return home with different experiences on every trip that it is impossible not to love it. It is a natural wonder travel route that you cannot get enough of even if you go forty times.

It is only 1 hour and 15 minutes by plane ride from Istanbul to Cappadocia. You can visit the region by renting a car or participating in tours and discover Cappadocia every inch. In Göreme, Uçhisar, Ürgüp, Ortahisar and Avanos in Cappadocia, there are cave hotels, each more beautiful than the other, and concept facilities carved into the rocks. Artemis Cave Suites, Sultan Cave, Roxx Göreme, Museum Hotel and Secret House are among the most well known hotels. In the spring, Cappadocia is unique. Be sure to check the weather forecast before you go. Also, be aware that there is a lot of temperature difference between day and night due to the region. Join the romantic Balloon Tours in the morning in Cappadocia and sip your champagne on the descent. ATV Tours in Cappadocia are also very enjoyable and one of the most preferred tours by adventurers. While visiting the underground caves in the region or the history among the fairy chimneys, be sure to join the bowl making! Masters create masterpieces by turning the counter with their feet. You can make a bowl quickly with the help of the masters and take your bowls with you for your loved ones or for your home when you return to your country. Finally, take part in the tourist favorite wine tastings! Be sure to try the products of grapes that are unique to the region and date back to ancient times. 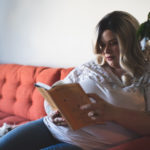