Popular Districts of Istanbul: On the Top of Seven Hills in Ancient Constantinople 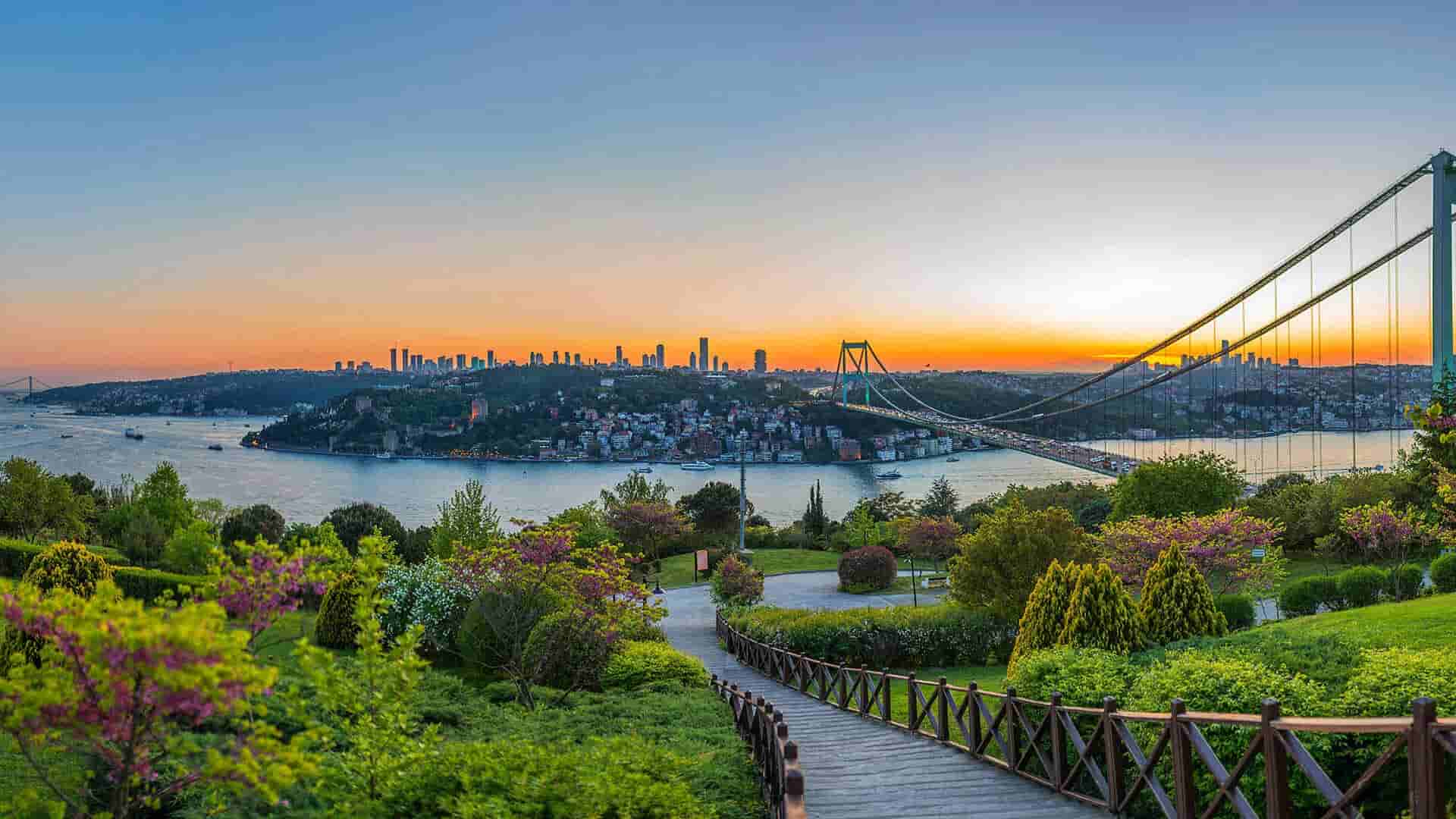 According Romantradition, city was established on top of 7 Hills under the name of Nova Roma by Emperor Constantine the Great on May 11th 330 A.D .thancalled Constantinople.. Romans had constructed Forums (well decorated squere) on top of every hill, after conquest of the city, Ottomans built a magnicent  mosque on every hill. Even now, when you look at the ancient city from new part,

7 hills and mosques are visible as amazing… We start in the morning on top of;

This hill became the nucleus of what is now Istanbul when Greek settlers arrived here around 650 BCE. The defensive advantages of being on a hill surrounded by water on three sides made this spot ideal for their fortified town. Emperor Constantine had his Great Palace built on the same grounds when he declared the city the capital of the Roman Empire in 330 CE. This palace was already in ruins by the time the Ottomans arrived in 1453, but Sultan Mehmed II saw the site’s potential and had Topkapı Palace built there three years later. This remained the seat of the Ottoman dynasty until 1865, when Sultan Abdülmecid moved to Dolmabahçe Palace. From the first to the last Ottomans, this hill was the city’s political center for around 2,200 years.

Moving farther up the Golden Horn along the modern-day tramway line, you come to the large column called Çemberlitaş, or the Column of Constantine. It originally stood at the center of a large forum and supported a statue of Emperor Constantine. The Ottomans gave this hill its distinctive silhouette with the eighteenth century Nuruosmaniye Mosque, whose name means “light of the Ottomans.” Drawing on French baroque styles for its architecture, this was the first Ottoman mosque to show a strong European influence. The nearby Beyazıt Tower, now on the grounds of Istanbul University, takes advantage of the hill and offers a magnificent view.

Designed by master architect Mimar Sinan in the sixteenth century, Süleymaniye Mosque is one of the finest buildings in the classical Ottoman style. Marble elements were recycled from the old hippodrome near Hagia Sophia and from ancient ruins in İzmit to speed up the mosque’s construction, which lasted almost ten years. From the outside, the mosque is a giant dome ringed by bubble-like smaller domes of varying heights. Looking up from inside, you feel the dome stretching to infinity, supported on four triangles that open into two lower domes on the left and right. This harmony of intricate forms trickles downward through stained-glass windows, striped arches, columns with muqarnas capitals, and İznik tiles around the central mihrab (prayer niche).

In the Byzantine era, this was the site of the Church of the Holy Apostles, the city’s second-most important church after Hagia Sophia. It is thought that this was also the Byzantine imperial burial ground. Several sarcophagi from the church are preserved on the grounds of the Istanbul Archaeological Museums. Serving as the seat of the Ecumenical Patriarch for a few years after the Ottoman conquest, it was then demolished to make way for Sultan Mehmed II’s imperial mosque. This was the first Islamic complex of its kind in the city, with schools, medical centers, a library, and a hammam. Mehmed II’s tomb is next to the mosque, along with many impressive graves of Ottoman writers, soldiers, and diplomats.

Standing prominently in the Balat neighborhood, this hill is the closest to the Golden Horn. The nearby Ecumenical Patriarchate building, Fener Greek High School, and the many churches and synagogues dotting the neighborhood show that historically this was mainly a non-Muslim area. On the peak stands Yavuz Selim Mosque, built on the orders of Sultan Selim I, nicknamed “Selim the Grim” for his harsh tactics in warfare. The architect was an Azeri named Acem Ali who was brought back from Tabriz after Selim’s successful campaign against the Persians.

The highest point of the peninsula, this hill sits beside the Theodosian Walls that contain the old city. Its crown is Mihrimah Sultan Mosque, built by Mimar Sinan for the only daughter of Sultan Süleyman the Magnificent. The building’s beauty comes from its thin, graceful construction, with no bulky pillars or balconies. Rows of small, stained-glass windows make a play of colored light across the prayer hall. Be careful not to confuse this with Istanbul’s other Mihrimah Sultan Mosque, which is across the Bosphorus in Üsküdar.

This hill is the only one located closer to the Sea of Marmara than the Golden Horn. It is home to several historic mosques, including Sümbül Efendi Mosque, whose origins are in the sixth century church of Saint Andrew in Krisei. Despite the entirely Turkish exterior, Byzantine columns and walls are still visible inside. A short distance away is Cerrahpaşa Mosque, which palace doctor Cerrah Mehmet Efendi commissioned to a pupil of Mimar Sinan in 1593. Intricate muqarnas top the mosque’s entrance door while more of this stonework outlines the lower domes inside. The marble minbar (mosque pulpit) is particularly notable for its geometric grillwork.